Andrew has inspired some of South Africa’s most highly acclaimed young professional creatives. He has been tracking, mentoring and collaborating with them since 1997. All of them are highly successful and work across a wide range of creative industry fields. 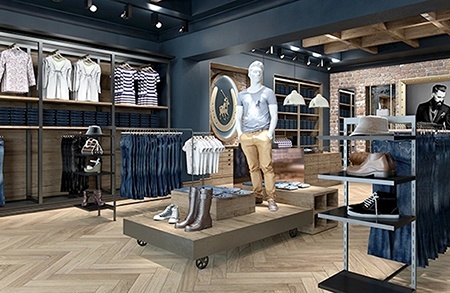 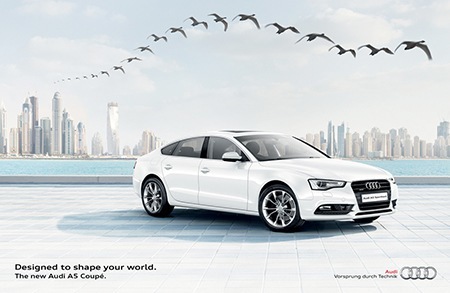 Ashraf is the Head of Art Direction at M&C Saatchi Abel Cape Town. The image shown here features one of three print ads Ashraf made for the launch campaign of the Audi A5. Ashraf has won a British Design and Art Direction award, a Cannes Lion award, and a number of Loerie awards. Ashraf’s clients have included Audi, Ford, Harvey Nichols, and Yardley London. 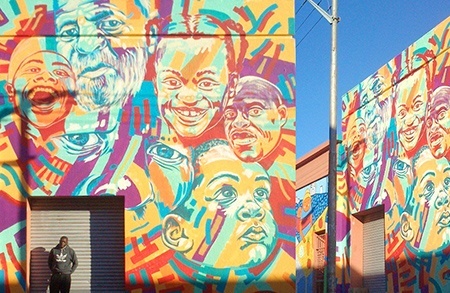 Chris is a mural painter and artist. He was included in the Mail & Guardian’s "Top 8 street artists in Cape Town to follow on Instagram", along with names such as Faith47, Falko, Mak1one, and Jack Fox. Chris won a Silver Loerie, and graduated top of his class at Vega. The mural of Chris’s shown here was commissioned by the Greater Tygerberg Partnership, and is based on the faces of five members of the public who frequent the area around the mural. 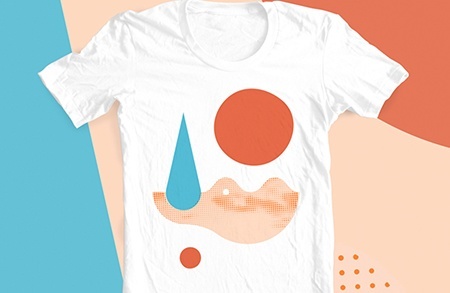 Chris has won two Loeries and a bronze Cannes Lion for his work as a graphic designer. He recently completed a year-long project designing the branding for an LA restaurant, bar and theater. Shown here is a T-shirt Chris designed for local menswear star Simon Deporres, for SA Men’s Fashion Week. Chris’s clients include Media 24, Woolworths and Distell. 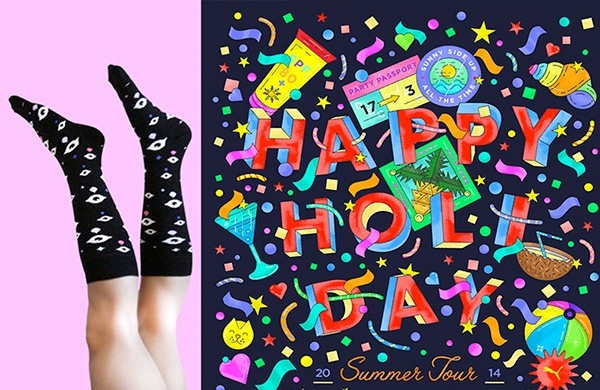 Daniel is a multi-award winning designer whose work has been seen all over the world. His clients include the New York Times, New York Magazine, and Men’s Health, New York. 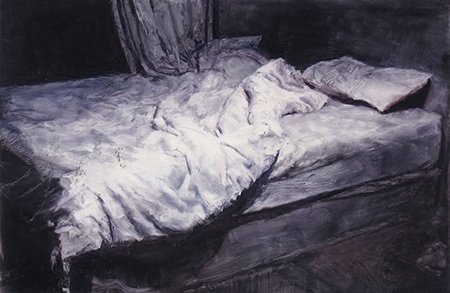 Ian won the Absa l'Atelier prize (leading to a 6 months residency in Paris), as well as the Tollman award for visual arts, and is signed to the illustrious Stevenson Gallery. The work shown here is an oil painting on paper of Ian’s, titled 'Colour, Separation.’ Ian has had a number of very successful solo and group shows in Cape Town and in Joburg since starting to paint full-time in 2011. 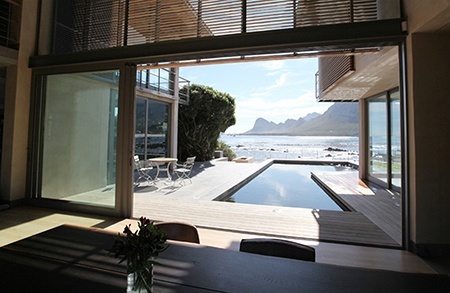 Jarryd was recently awarded the Oppenheimer Memorial Trust Scholarship to read for a Masters Degree in Civil Engineering at University College London - which is ranked in the top five universities globally. The photograph is the residential home of a client in Pringle Bay, a building on which Jarryd took the role of junior structural engineer. Kantey & Templer, the consulting firm for which Jarryd worked before leaving for his Masters in London, has amongst its clients such massive organizations as BP Petroleum Company and Chevron Corporation. 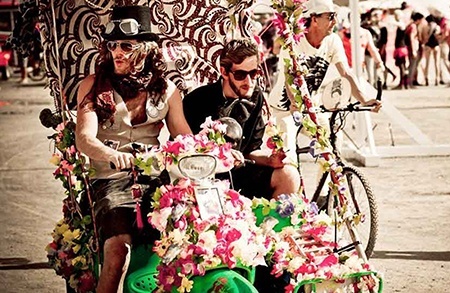 Paul has been involved in Afrika Burn since it began, where he has occupied various important positions including Director, and Director of Public Works. Paul has also contributed his event-expertize to many other important events over the years, including Oppikoppi, Rocking The Daisies and the Cape Town Carnival. 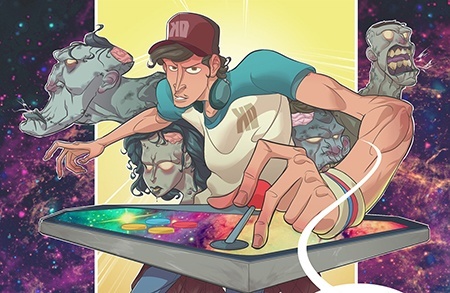 Rocketboi has worked as an illustrator on the massively popular Supa Strika comic. He produced the artwork for America’s dance crew champions Quest Crew, and illustrations of his were used in Chronicle, the Hollywood blockbuster. Shown here is an illustration Rocketboi produced for an LA client who runs a popular game-streaming channel on Twitch. 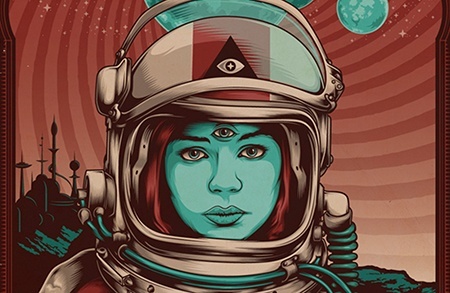 Simon is an illustrator who focuses on poster art. The poster shown here Simon designed for Psych Night, the well-known event that he co-directs with a close group of friends. Simon has been nominated for Loeries and Cannes awards, has work featured in an upcoming Magic Paintbrush book, and exhibited at the Global Poster Biennial in Paris and Colorado. Clients include Red Bull France, Coney Island Breweries in NYC, and Ramfest. 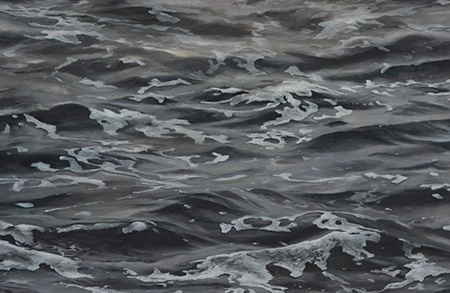 Swain is a painter. He was featured in Art South Africa in 2014 as one of South Africa’s 'Bright Young Things,' and he was recently awarded a scholarship to attend an artist’s residency in Finland. Swain also teaches painting at the Ruth Prowse School of Art. The painting of Swain’s shown here was a private commission for a client.

Andrew is a motion graphics artist and 2D creative director who works at Lucan.tv. Andrew worked with Curious Beast and Nike Golf International on an international collaboration that was featured in CG Society, the biggest source of news for people in the motion graphics world globally. Clients include Coca-Cola, Ford Mustang, and Channel O. Andrew is also developing custom virtual reality content for the Oculus Rift. 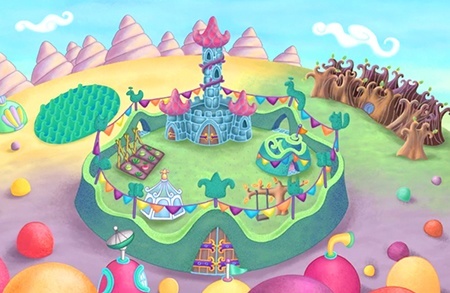 Bryan is an illustrator, artist and game designer. He has worked for massive international clients like Google, Dolce and Gabbana, and Adidas. The image shown here is from the series “Florrie’s Dragons” which Bryan worked on for the UK client Wish Films. Bryan’s game series called 'Flood Runner' has been played over 50 million times within the past 6 years. 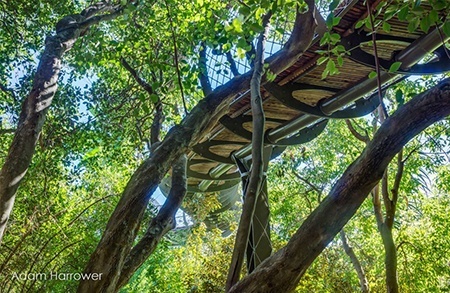 Chris is both a filmmaker and an architect. He was Project Architect on the world-famous ‘Boomslang’ Tree Canopy Walkway at Kirstenbosch, and won the coveted Berlin International Film Festival’s ‘Berlin Today Award.’ 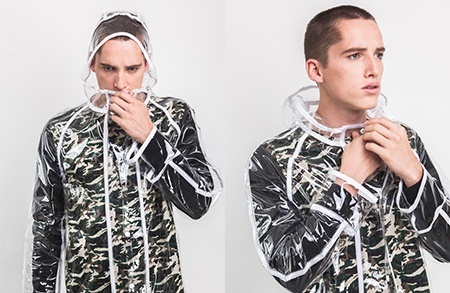 Daniel is a men’s casual wear designer at Woolworths. The work featured here was designed and made by Daniel in his final year at fashion college. Daniel won the Woolworths Difference award, and travels regularly to cities like London, Tokyo and India for research. 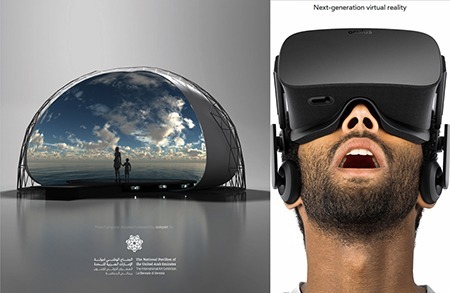 Grant is the Head of Post Production at Lucan.tv, where he works as in visual special effects, animation and new media technology development. Featured here: on the left is an immersive film he made with Chris Bisset for the official UAE artist at the 2013 Venice Biennale; and on the right, the Oculus Rift, for which he has been developing new content. Films he has worked on have been officially selected for numerous international film festivals. Clients include Coca Cola, Nike and Mustang. 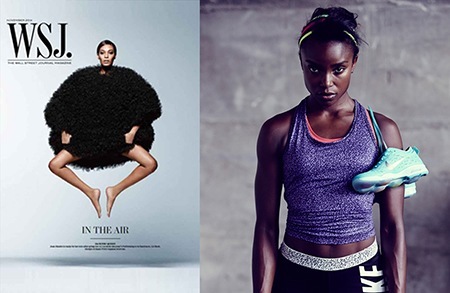 Jacques has worked all over the world, photographing celebrities like Lady Gaga, Penelope Cruz, and Takashi Murakami. He shot a music video alongside legendary director Larry Clark, and his clients have included Harper’s Bazaar, Mac Cosmetics, and Vogue. Shown here is a cover he shot for Wall Street Journal Magazine in New York. 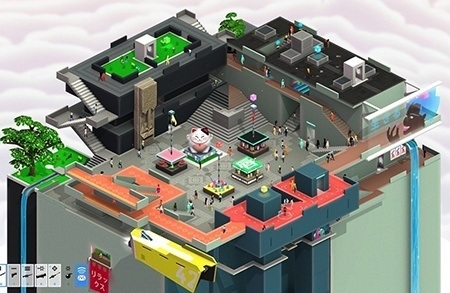 Maciek is a legendary game designer. Featured here is a screen-grab from TOKYO 42, the game he is developing in the UK for Mode 7. The game will be released on PlayStation, Xbox and Steam in mid-2017. 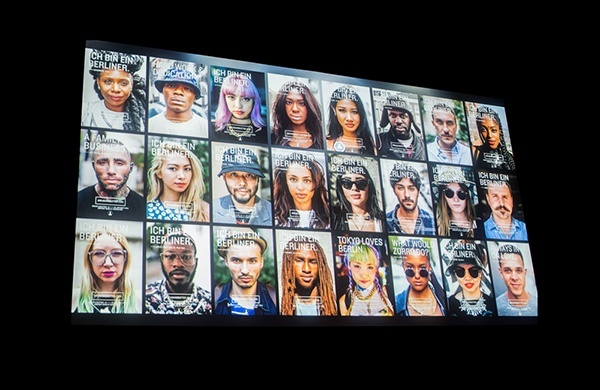 Paul works for the biggest youth brands in Europe, Tokyo, and the USA. Shown here are the portraits he shot for Bread and Butter – the world’s biggest street fashion show in Berlin. 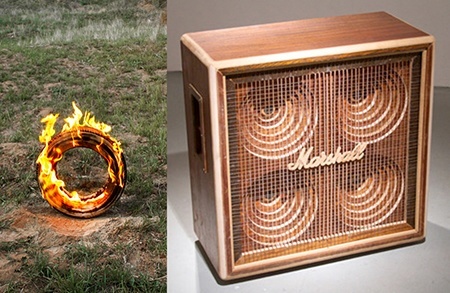 Rowan is a full-time artist who – after winning UCT’s Michaelis Prize - received grants to study at the prestigious CalArts university in LA. Whilst abroad, Rowan also attended the Fountainhead Residency in Miami. Shown here are two artworks made by Rowan. On the right is a Marshall amplifier made by Rowan entirely out of the parts of a deconstructed piano.

Simon is a composer and a musician. He scored all the original music for “The African Cypher,” the award-winning feature-length documentary on Pantsula dance culture in contemporary Joburg. Simon also designed the sound for the two Puma #Represent698 mini-documentaries on massive South African music stars Ricky Rick and Jack Parow. The work shown here features a soundtrack composed by Simon, which was eventually commissioned by Virgin as a full radio-track. 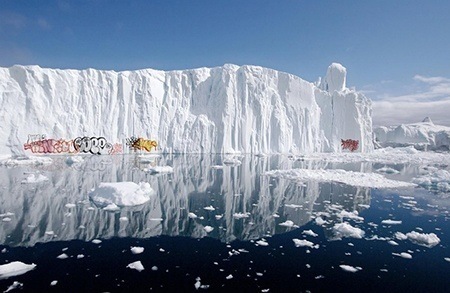 Warren is a renowned street artist and designer. This image of Warren’s has appeared on the world’s top rated websites and blogs, and has been viewed more than 4 million times. 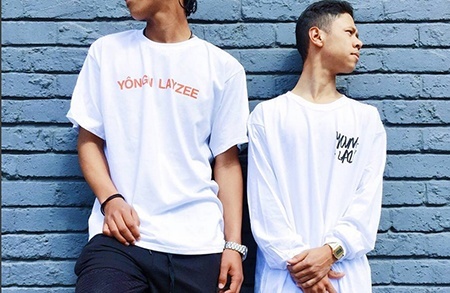 Anees is the director of – and chief designer at – the skate-clothing label Young and Lazy, and is a partner in the youth-brand retail outlet Corner Store.

Bryan is a filmmaker who founded Fly On The Wall Films. Shown here is a film Bryan made about graffiti artist Dal East as part of mega-band U2’s Songs of Innocence project. Bryan and his team have won numerous awards, especially for their film The African Cypher, which looks at contemporary Pantsula dance culture in Johannesburg. Bryan is also the creator of the world-famous Endemic Project along Rhodes Drive, which places images and sounds of indigenous fauna and flora into the landscape. Bryan’s clients have included MTV Europe, National Geographic, and Discovery Channel. 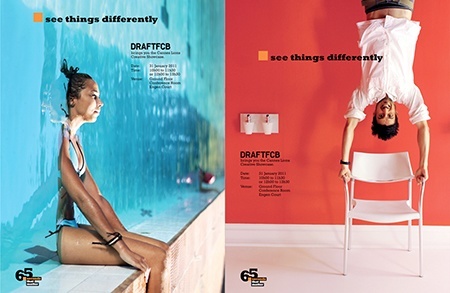 David is a copywriter and art director at a local ad agency, and runs a business called Woza Coffee. Shown here is the ad he worked on that his agency made for less than R500 – a heroically small budget in the ad world! Brands that David has worked with include Absolut Vodka, Die Burger and Yuppiechef.

Grant is a YouTuber and a videogame and technology content creator. He works across numerous media, including television, radio and web. Grant has travelled to New York, London, and Tokyo for work, meeting people like Stephen Hawking, Britney Spears and Tommy Hilfiger. Brands Grant has worked for include Warner Bros, Sony PlayStation and Disney. 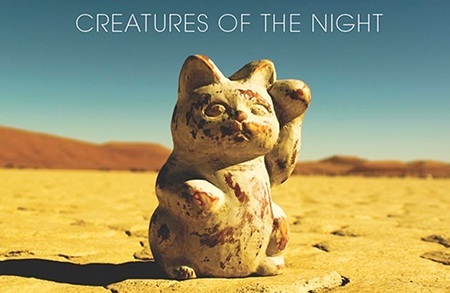 James is the co-director of a designer/maker company called Jesse James. The company’s work includes collaborating with Discovery to develop a mobile medical lab, and designing a desk for Metropolitan Republic in the shape of a giant M that was showcased on NotCot, the internationally respected design blog. Clients include Apple, Red Bull and Discovery. 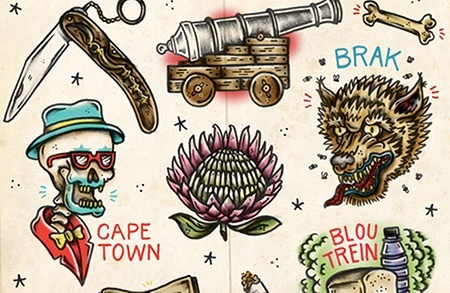 Ninjabreadboy is an illustrator and artist who works across various media, including tattooing. He won a Silver Loerie and has been shortlisted for numerous other Loeries. The tattoo flash shown here was nominated for the People’s Choice Eagle awards. Ninjaboy’s clients include Converse, 2BOP and KFD Skateboards. 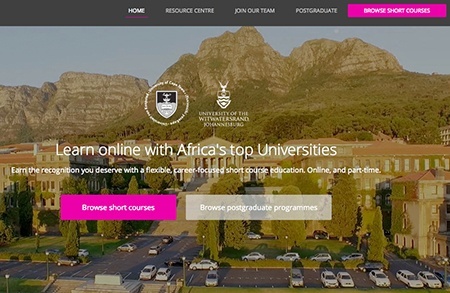 Rob is the founder and Chief Educational Officer at GetSmarter, as well as the Executive Director of Hubble Studios. GetSmarter has affiliations with a number of important universities, including UCT. Rob is an expert in his field and speaks regularly at e-learning conferences throughout the continent, and was featured on the cover of Entrepreneur Magazine in September 2015 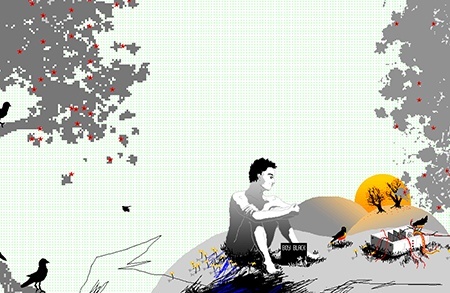 Shaun is an internationally renowned software engineer who authored the open source framework called Robotlegs. Through this project, Shaun has talked at numerous conferences around the UK, and provided bespoke training for advertising agencies and game development studios. Shaun has designed and developed innovative technologies for large financial institutions such as HSBC and helped develop BBC’s much-loved iPlayer. The work shown here is from BoyBlack, the legendary website he designed with Maciek Strychalski. 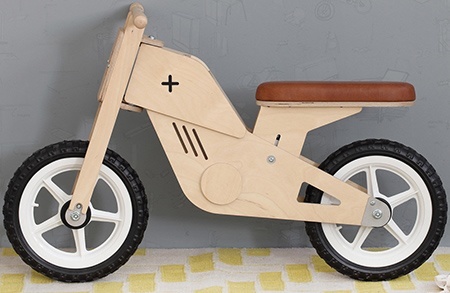 Stephen is an industrial designer who designs for Pedersen & Lennard, the upmarket furniture company. His work for this company has been featured in many publications, including Visi and House & Leisure, and has seen him working on projects with clients that include UCT’s Department of Architecture, AFDA Film School, and Nando’s head office. A skate-ramp building business Stephen started with a friend was featured in Top Billing. Shown here is the plywood Toby Kids Bike Stephen designed for Pedersen & Lennard. 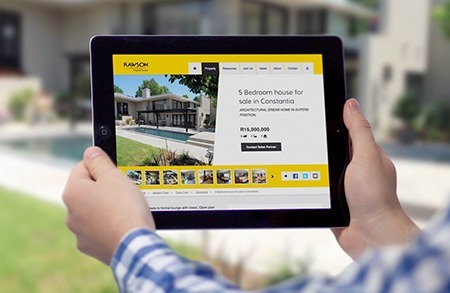 Wayne is Chief Technical Officer and co-founder of Next (who built this website!). Wayne’s work has been featured on Product Hunt, and has been published in a book he authored on open source visual effects production. Wayne was awarded 1st place in the Puma Design Competition, and his client list includes Nike, Rawson, Primedia and Standard Bank.

Do what you want